Version one of my work RESOUNDING - for violin, clarinet and surround electronics - created for the Startup Week 2022 of the Royal Conservatory the Hague. This piece is a shorter version of a work in development for another project. The subject of the work is the relationship between acoustic instruments, their recorded counterparts, and the different manipulations and filters that happen both digitally and in the physical space to the sound.
//
Violin - Marjolein Spruit
Clarinet - Mia Kogelman
Electronics - Hidde Kramer
//
Live Sound & Recording:
Marko Uzunovski, Siamak Anvari & Simone Sacchi

She is present in many forms, yet invisible for the eye, she is the Lady of Silences. A song, based on a fragment of 'Ash Wednesday' by T.S. Elliot, about:
//
being in
loving
and letting go of
the garden of life.
//
Vocals - Sterre Decru
Violin - Ruth Mareen
Accordeon - Kaat Vanhaverbeke
Percussion - Baue Kunstman 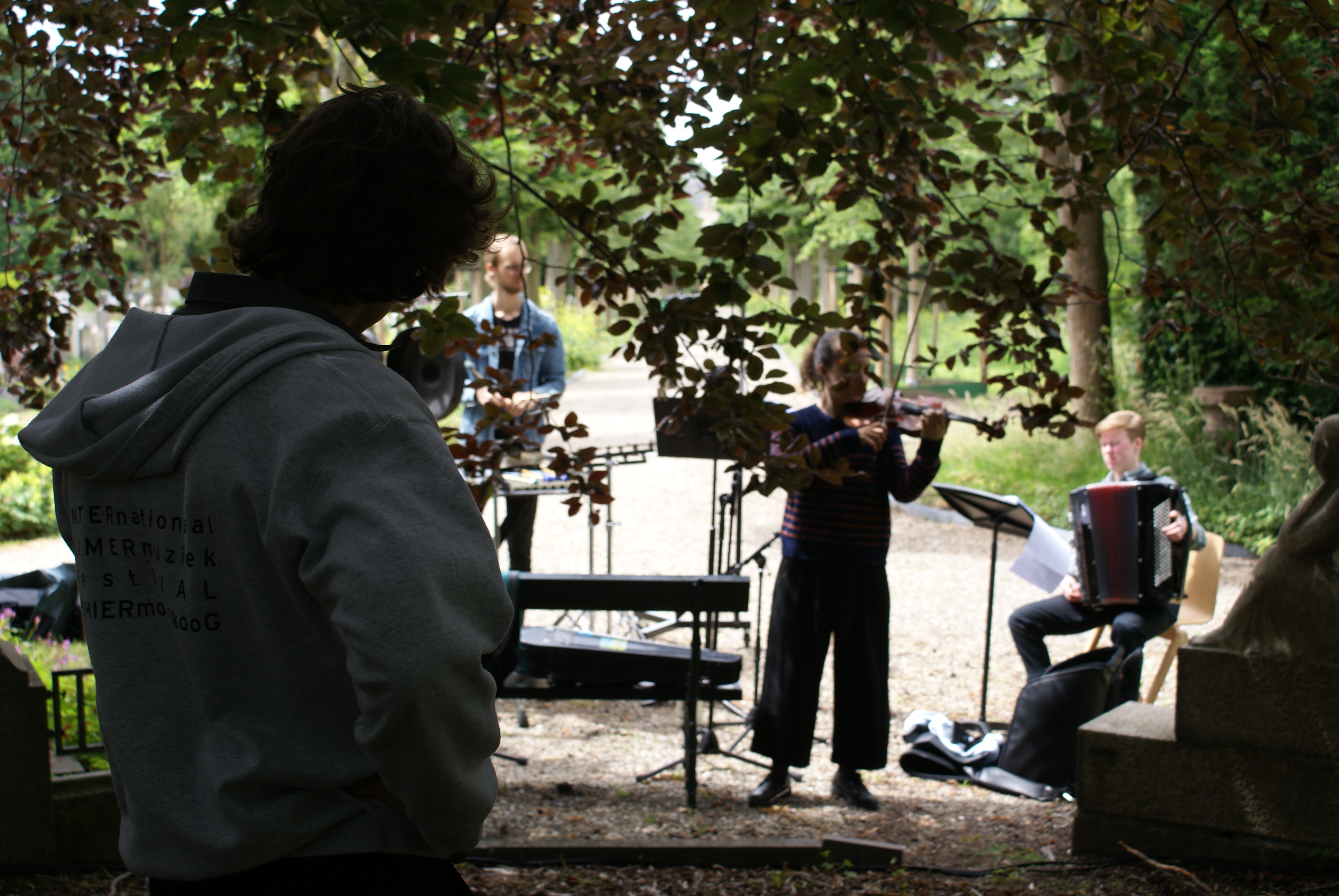 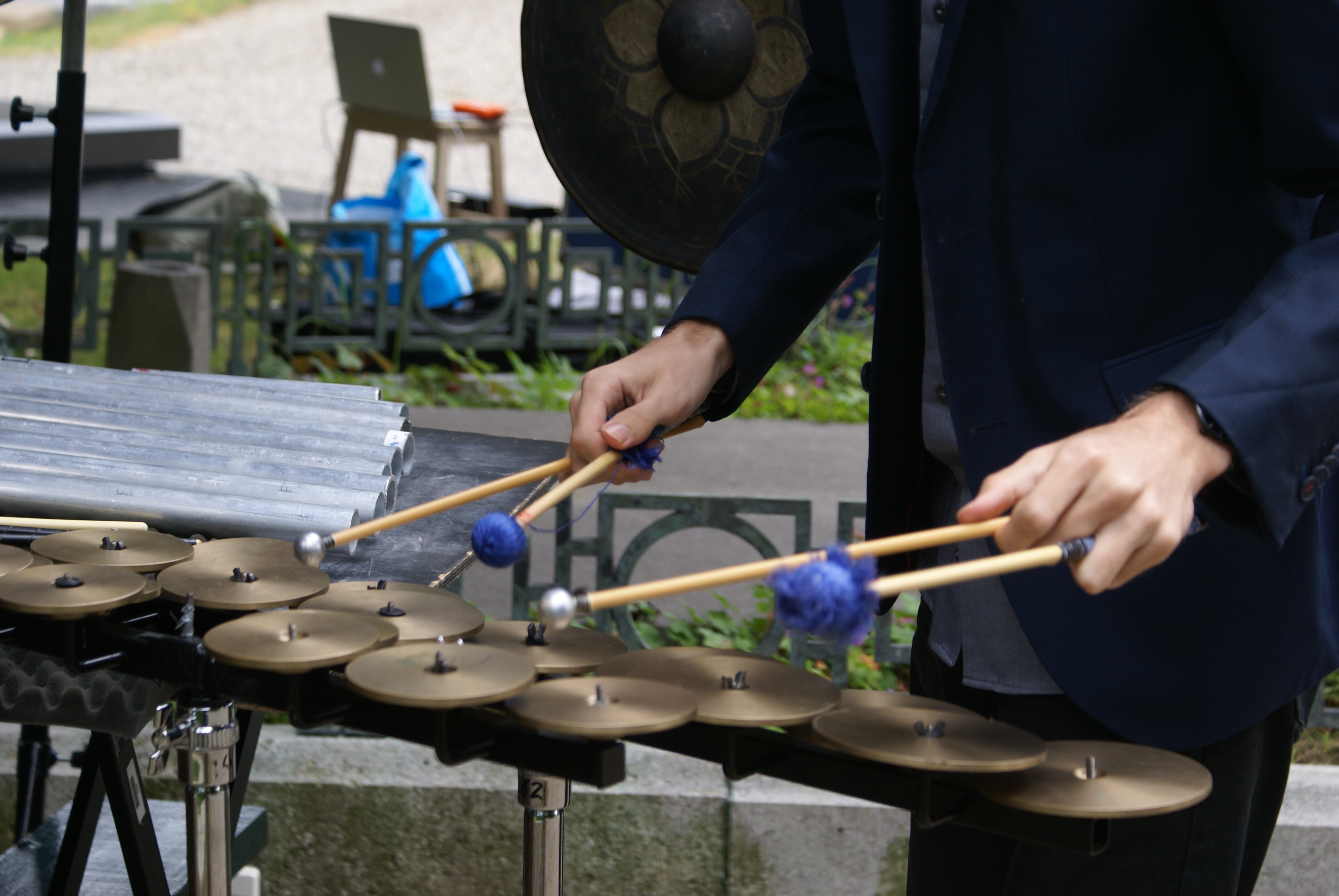 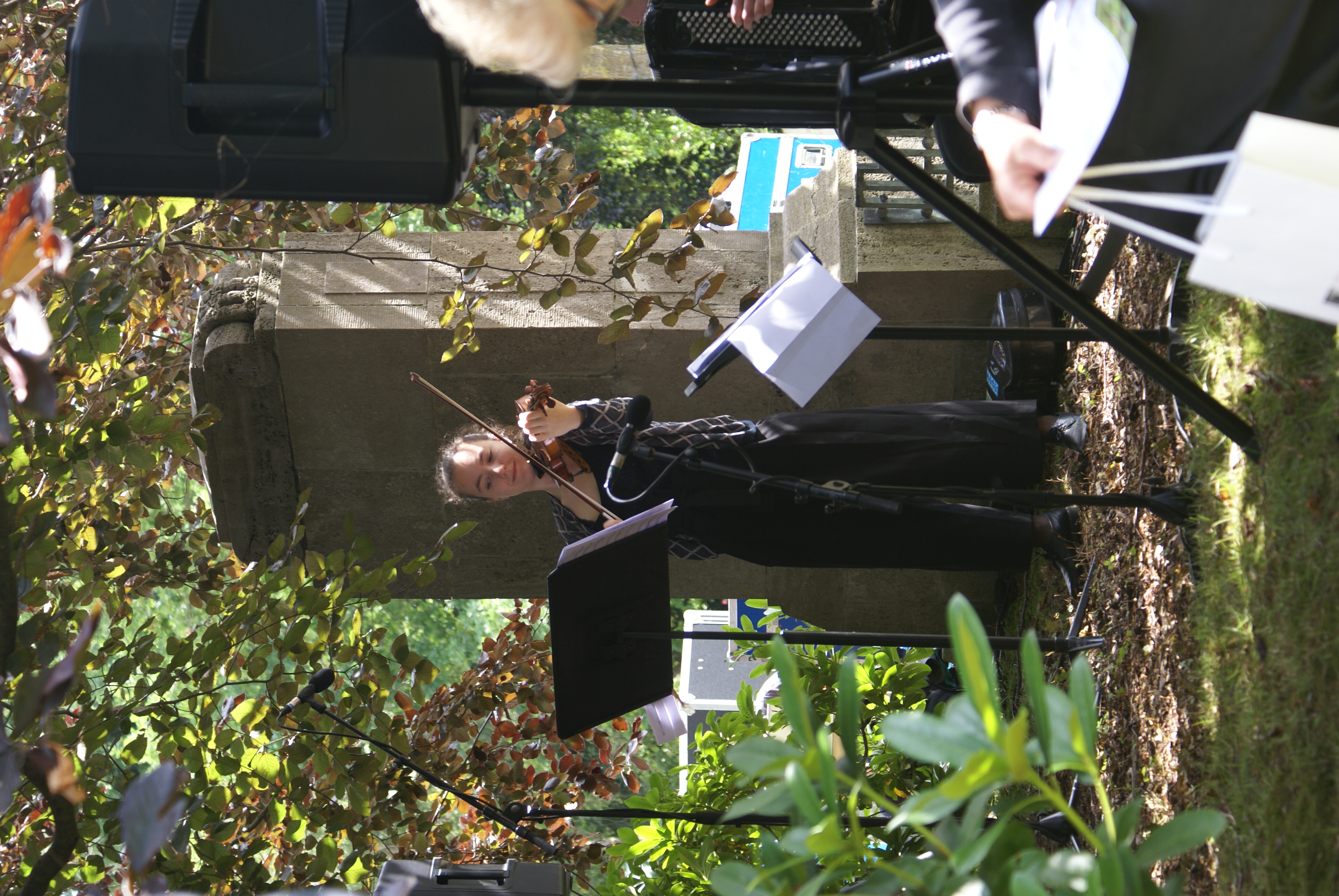 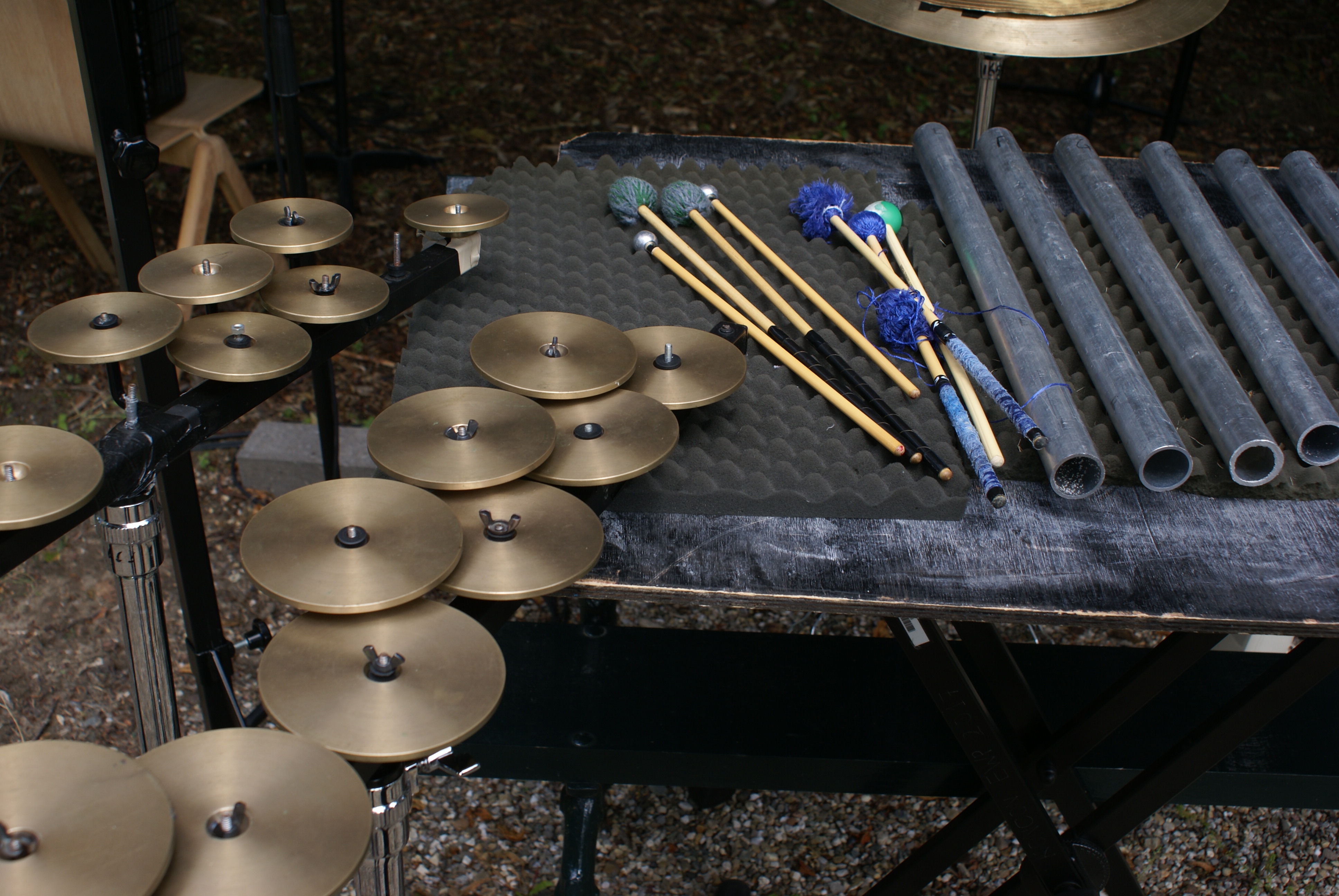 When COVID-19 started, I was working on a project for a clarinet trio, formed by Femke van den Bergh & Ruth Mareen, to write a part of a suite, based on l'Histoire du Soldat by Stravinsky. The concert in May 2020 was canceled, but after the summer, when Femke commissioned me for another piece, we decided to bring that piece and the former program together in a one-time livestream concert, at Studio LOOS. We arranged all production and technical work ourselves, with the assistance of Studio LOOS, and the camera work and visuals of Luca Tornato Serafini. I did sound engineering and recording during the concert.
//
In this concert, two of my pieces were premiered:

Miniature work exploring two sound worlds, where clouds of contrasting colour pass through each other and interact. This piece uses multitrack recording technique of a multiple of the same instruments. Listen on headphones or earbuds for the best possible spatial experience.
//
Bass Clarinet - Femke van den Bergh
Violin - Ruth Mareen

False Spring is a song set to the poem of the same name by Jan Wolkers.  In the piece the relationship between spring and winter is explored. The brief moment they might coexist, when spring shows her first signs of life, and laments her inability to coexist with winter.
//
Voice - Sterre Decru
Violin - Ruth Mareen

Dates Camp is the 48H film made by Team Groenling. Everything in this film was created within 48 hours, in this time I composed and produced the full soundtrack, provided sound design and made the final mix of all the audio. The film won several awards at the 48H festival Leeuwarden, the award for best film, and furthermore that for best music, best editing, best directing and more.
//
"When Luuk, Drewes and Jessica arrive at a campsite for singles, it is not exactly what they expected. Despite a rough start of their holiday, they do seem to like each other. Could this be the start of something beautiful?"

Het Videopaleis is the second movie by Julian Verkerk (Cinedrama) for which I created the soundtrack. I composed and produced the music for the soundtrack, recorded the on-set sound, and provided some sound design and mixing. For the soundtrack I loosely drew inspiration from 80's synth-scores and western soundtracks, and created a modern hybrid score in the process.  Using brass instruments, synthesizers and electronic drums as my palette. 'Het Videopaleis' is available on Spotify, Apple Music, Youtube Music and any other major music platform.
//
"It's the middle of the 80's: time has been on hold for a while in the small video rental store owned by Berend van der Heide. Far out, at the border of the Groninger province, he has his own 'Videopaleis' (Videopalace). Since he was elected 'video rental store manager of the year' in 1977 Berend started retreating himself from the swiftly developing outside world more and more, to the dismay of his headquarters"

'50 jaar Lauwersmeer' is a documentary made by Thom Verheul, for the 'Omrop Fryslan'.  For the movie I composed 2 tracks for piano and violin,  with several variations to be used as title music and as underscore.  The documentary was shown in two parts on 'NPO2' and on 'Omrop Fryslan' around may 2019.
//
-note: The electronic music in the movie is not from my hand-

De Bohemen is a short movie by Julian Verkerk, for which I composed and produced the music together with Bart Bruinsma. The movie is set in the 70's, following a young writer who is working on his next book, when he suddenly finds a adolescent boy, unconscious on the sidewalk. He takes the boy in and a complicated relationship ensues. To match the atmosphere of the movie, we decided to write for a saxophone quartet, clarinet, flute, rhodes and some drums. The whole score is rooted in 60's/70's jazz, though freely interpreted to create a unique sound for the movie. For the finale of the movie, we wrote and produced a complete 70's motown-style song; 'Ready When You Are'. The soundtrack album is available at Spotify, Apple Music, iTunes, and many other platforms. 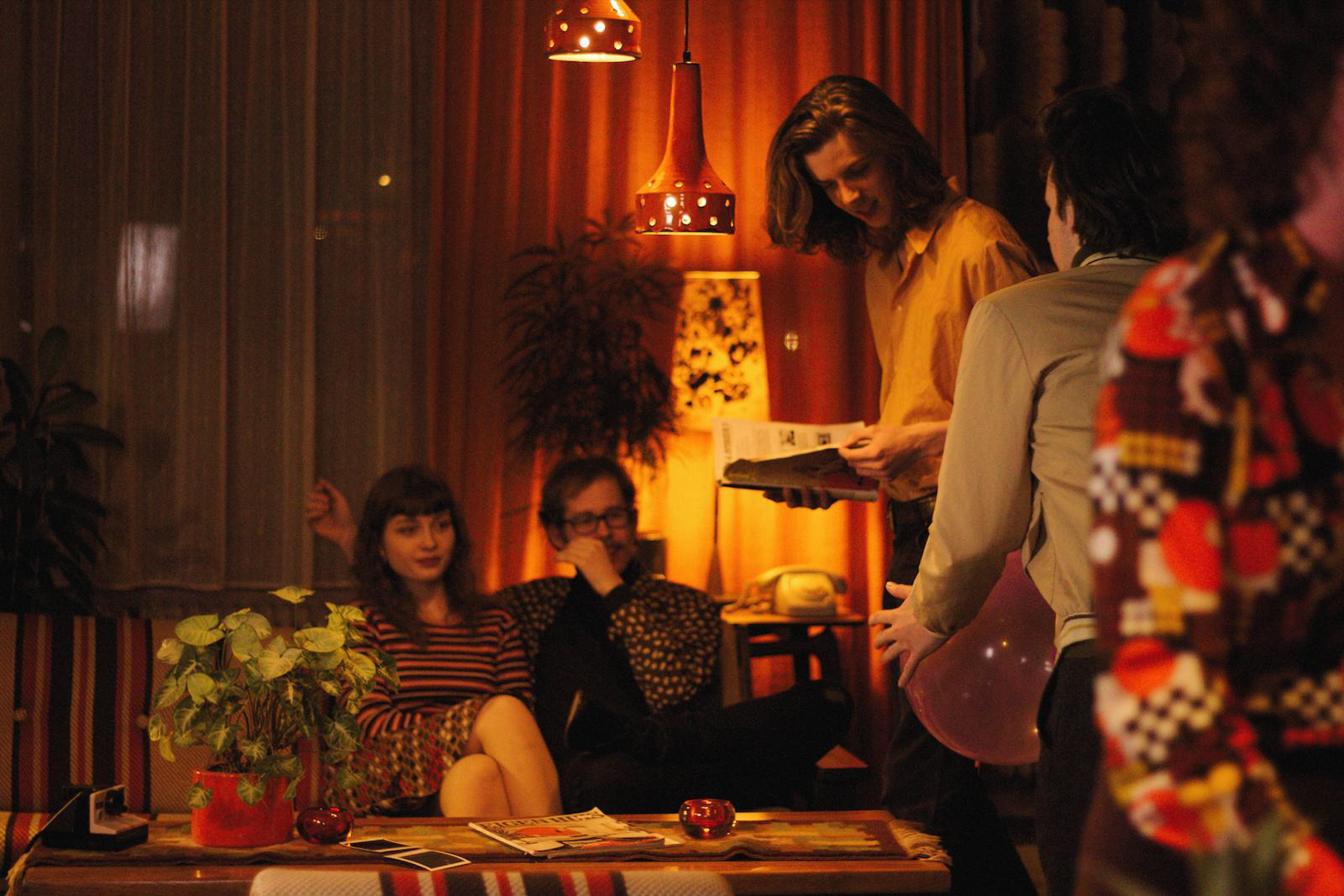 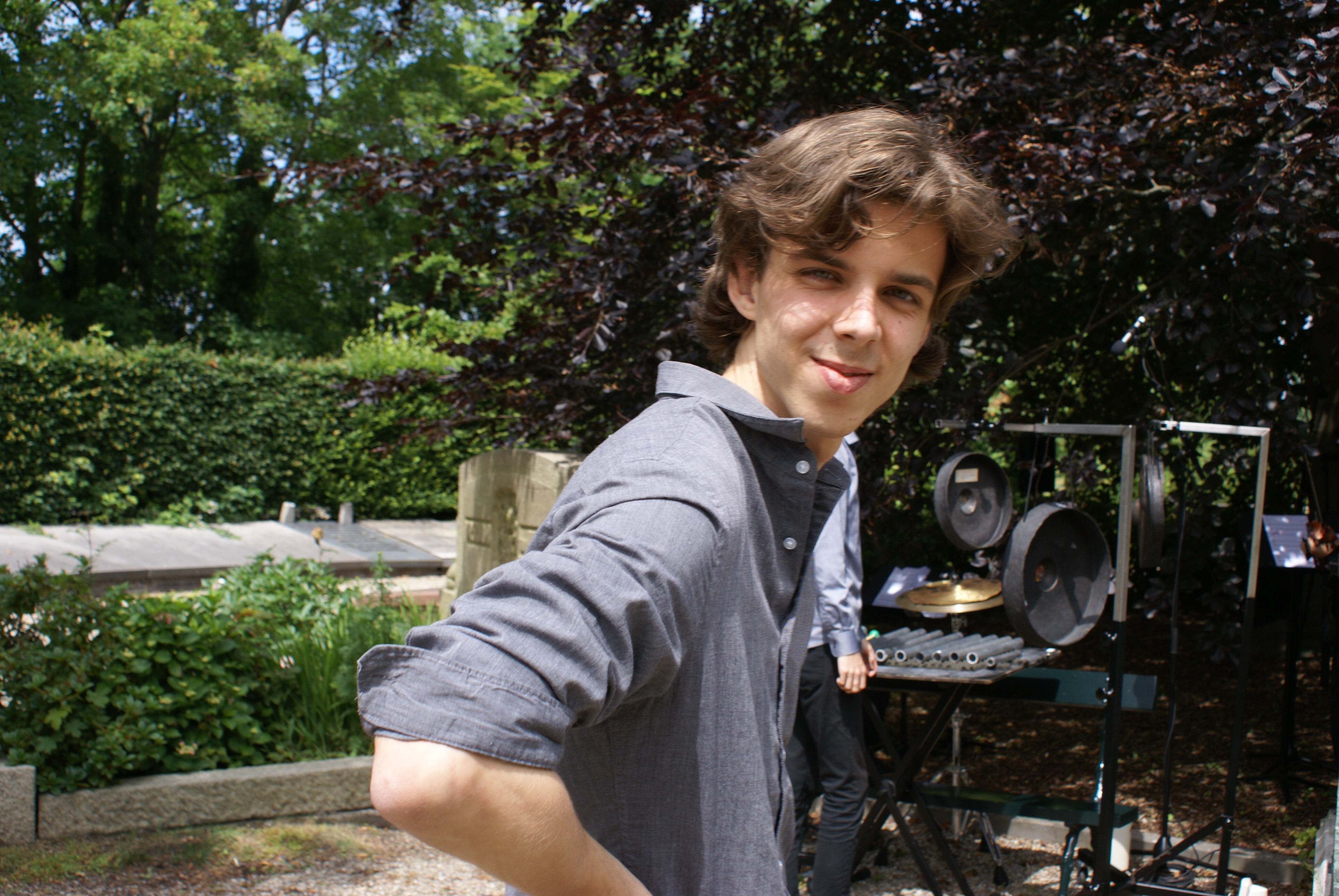 As a composer, I explore acoustic, mixed, electroacoustic and electronic compositions. I look for a balance in my works between the abstract and the concrete, keeping room for emotion and looking for a sense of beauty. I'm always aiming for a strong sonic signature in each work, whether that work is only instrumental or electronic, or mixing live instrumental elements with recorded material, spatial setups, binaural mixes, etc.

After completing my bachelor I went on to take Composition lessons with Calliope Tsoupaki at the Royal Conservatory The Hague.

In September 2021 I started my Masters in Composition at the Royal Conservatory, studying with Calliope Tsoupaki & Mayke Nas.


Next to composing I work as a music recordist, mixer & producer. This combination allows me to work on diverse productions, from incorporating recorded music & spatial audio into my own works, writing and producing film or theatre scores, to recording & mixing other peoples music. Since COVID started, i gained an interest in live-streaming & networked audio, resulting in a specialisation in setting up and mixing remote concerts. I was involved in projects like organising & technically executing the full 'Spring Festival Online 2020' of the Royal Conservatory the Hague, creating the live-streaming & communication setup for the 'Young Composers Meeting 2021' by the Ereprijs Orchestra, The network setup for the 'HyperOrgan Symposium 2021' at Orgelpark Amsterdam, The Source Elements presentation for the NowNet Networked Music Conference 2021, and other projects. Through my collaborative spirit and open attitude, I aim to get any project to its ideal results, forging relationships and intimate collaborations in the process. I stand for quality, communication, and transparency.


I'm always open for discussing new projects or ideas, so if you'd like to work with me, don't hesitate to reach out: